He knows how to drink water only with our mouth emdash like the dogs. He learned to do it after
the RUF cut both his hands and he had to survive alone in the
forest, for seven days, until his wife found him leaning on a tree. The soldiers came from Kono and
found me working in the farm. My children managed to escape but I was left behind and they got
me along with six friends of mine. The six of them were killed on the spot. He was pushed to a
fence, where the rebels held his arms over the wooden bars. When Cisse saw the machette going
up, he cried : Oh, God!!! They teased him: Do you have a god? The machette came down twice.
He now lives in the outskirts of the mountain town Bumbuna, in a ghetto for amputees that is far from
everything they should have: food, water, medical assistance and security. I am a child. God made
me a man. God brought me back to childhood. His prothaesis are useless to him. He needs help
even to draway his tears. Bombuna; Sierra Leone 7/03 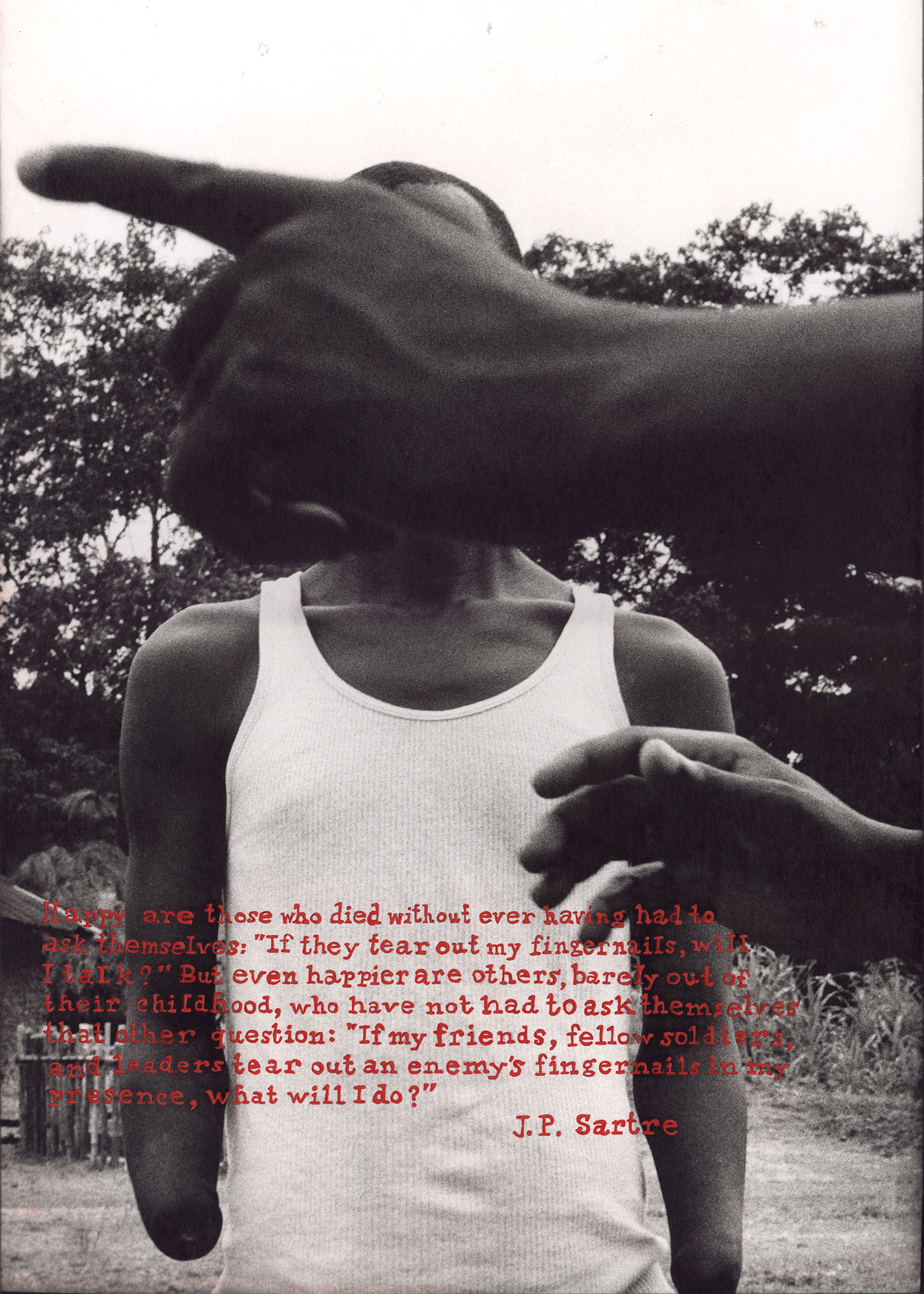