Jared Ragland – Untitled Diptych, from the series Everything Is Going To Be All Right

“All these years I have been assuming that between us words mean roughly the same thing, that among certain people, gentlefolk I don’t mind calling them, there exists a set of meanings held in common.”
– Walker Percy, The Moviegoer
In Everything is Going to Be All Right, both traditionally made black and white photographs and digitally sourced appropriated imagery are combined to produce a meditation on Walker Percy’s 1961 novel, The Moviegoer. Made in New Orleans (where the story is set) and largely shot at night, the photographs loosely document a dispossessed urban landscape, particularly the approximate locations of single screen movie theaters that once ubiquitously populated the city. After photographing these locations, I input the theaters’ names – ones like The Tiger, The Cortez, Dreamland, and The Gaiety – into Google image search to create a database of images that shares the landscape photographs’ melancholic tones. The result is a body of work that aims to simultaneously address the plurality of symbolic functions and describe my own personal search for meaning amid feelings of loss, isolation, alienation, and malaise. 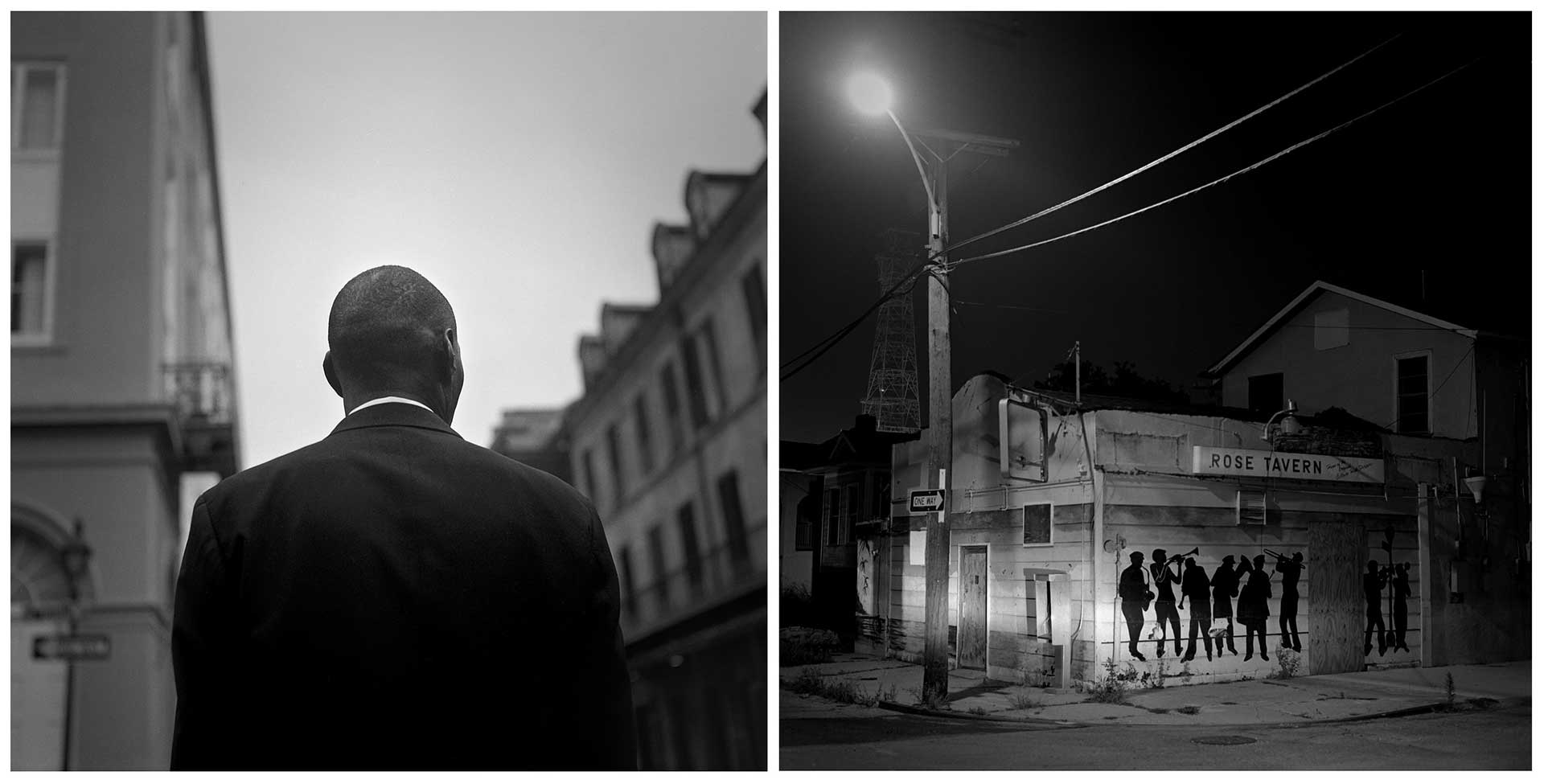