In 2015, on the border between Greece and Macedonia, just a few weeks was enough for establishing the camp, residing in its peak period for up to dozen thousands people – mainly migrants from the Middle East and South Asia. Their journey towards Western Europe was stopped by border fences. Spontaneously formed a „city“ had time to develop a whole range of urban functions. Since the beginning of the camp the specter of temporariness floated over them. The border was not opened, but a few days after taking this picture the Greek authorities closed down the camp removed migrants to other camps in the country. The rapid development of settlement ended as soon as started, as in the case of the city of Hard Times of Edgar L. Doctorow’s novel. 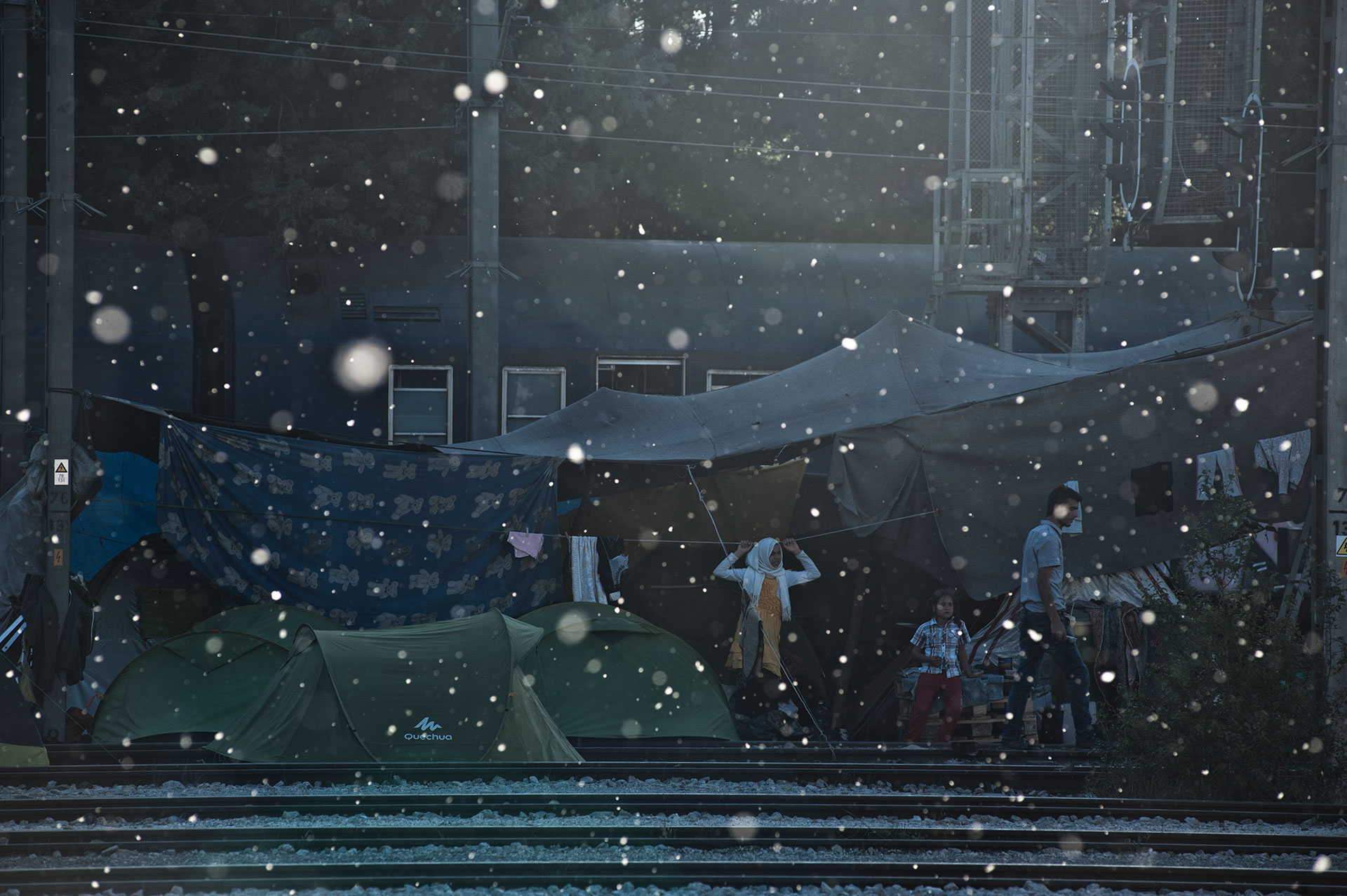